With the news breaking in the USA of the first triple-combination therapy Trikafta, Australia securing Symdeko for ages 12+, and the UK agreeing a deal for Orkambi – it’s hard not to feel like New Zealand is further behind than ever.

Despite several years of lobbying Pharmac with irrefutable evidence of Kalydeco and it’s benefits for those with the CF G551D mutation, it sits languishing on the funding waiting list amongst over 100 other medications.

At the crux of the issue is Pharmac’s incredibly conservative investment model, with a very real and observable human cost. New Zealand spends less on medication per capita, waits longer to buy new drugs, and registers fewer new medicines than almost any other nation in the OECD.

Cystic Fibrosis NZ has committed to ramping up its advocacy programme to get more public support for the doubling of Pharmac’s budget – an essential prerequisite for the funding of new drugs like Kalydeco, and ultimately the new Trikafta.

“This programme will aim to significantly increase the number of signatories to the petition (there is currently just over 17,000) but also to directly target politicians and build political support for a budget increase,” says Warwick Murray, CFNZ Board Chair.

“With the petition closing on 26th March 2020, this project is at a critical stage, so there is much work to be done over the next three months,” Warwick continues. “This will require a coordinated effort by Patient Voice Aotearoa and the health-related support organisations whose members are seeking Pharmac funding for lifesaving treatments”.

As a related initiative, it is great to see the Kalydeco petition being presented to Parliament with just under 11,000 signatures.  A huge thanks to Eddie and Emma Porter (of the Kalydeco for Kiwis campaign group) for their efforts to get this going and to the wider community for encouraging others to sign.

CFNZ presses for constructive talks between Vertex and Pharmac

Cystic Fibrosis NZ and Kalydeco for Kiwis have been working hard behind the scenes to get Vertex and Pharmac talking and get Kalydeco to New Zealand.

With the announcement of Trikafta some members of the New Zealand CF community have questioned why CFNZ doesn’t skip straight to Trikafta.

“We have over a decade worth of strong irrefutable Kalydeco data and still Pharmac have not got Kalydeco sorted”, explains Eilis Quinn, Vertex Country Manager for Australia and New Zealand.

“There is no way we will be prioritising Trikafta for submission to the New Zealand Authorities as the Kalydeco experience would strongly indicate that Pharmac would not consider Trikafta seriously with its limited years of clinical data.”

Later this week CFNZ Chief Executive Jane Bollard and Eddie Porter will be talking with Pharmac representatives to ascertain why it’s taking so long for Pharmac to engage in a meaningful way with Vertex.

All I want for Christmas is to live

Patient Voice Aotearoa launched its campaign today, accusing the Government of sitting on a $7.5 billion surplus and waiting for a "rainy day" while people are dying because drugs that could help them aren't funded in New Zealand.

The campaign - "All I want for Christmas is to live" - calls on New Zealanders to sign the petition asking the Government to double Pharmac's funding and look at reforming the agency. It forms part of the wider 'Signatures for Life' campaign, which CFNZ is a part of.

"The 'All I Want for Christmas is to Live' campaign shares powerful stories about people who are missing out on vital treatments and what this means for them," said Jane Bollard, who attended the launch of the campaign.

The CF community needs a range of medicines and equipment but if we want access we really need more funding allocated. NZ has worst the access to medicines out of 20 countries in the OECD and over 250,000 Kiwis are waiting for medicines so funding is a critical issue that needs addressing.

"Because the petition has the potential to make a significant and compelling call for change, CFNZ has made it an absolute priority. We urge you to help spread the word about this petition," Jane continued.

Understanding the cost of care for CF

Meanwhile, Cystic Fibrosis NZ has given Deloitte New Zealand the green light to begin collecting information for the Social and Economic Cost of CF report.

This report will look at health sector and treatment costs, as well as productivity losses and the cost of caring for people with CF, both formally and informally. It will also consider more qualitative data such as loss of wellbeing and the impact of premature mortality on families.

"The research will provide a significant and valuable tool in our efforts to secure Kalydeco, Orkambi, Symdeko, and eventually Trikafta in New Zealand, says Jane Bollard, CFNZ Chief Executive.

"To date there has been no economic or social cost data to provide to Pharmac or the Government, so the ability to present this powerful argument could be a game-changer" she continues.

CFNZ will also be using the evidence as part of its lobbying efforts to politicians ahead of the 2020 elections.

"We will be asking the CF community to help us collect information on the impact of CF on your lives in a survey that will be coming out soon. Watch out for the email or click to the link on Facebook. If there is one survey that you want to do this year- this is it." says Jane.

Visit the CFNZ advocacy timeline to follow progress in advocating for access to medicines and high-quality care for people with cystic fibrosis across New Zealand:

You can also read more about the Signatures for Life campaign:

and of course, don't forget to sign the petition: 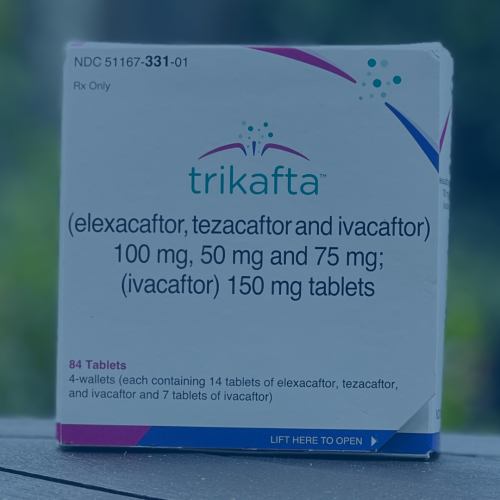 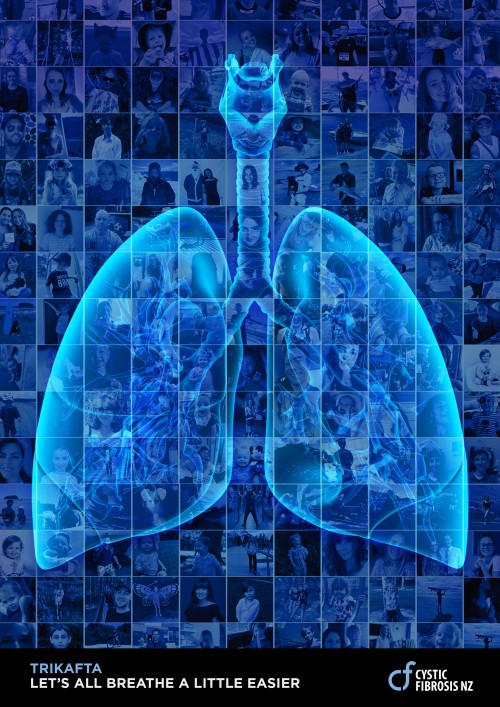 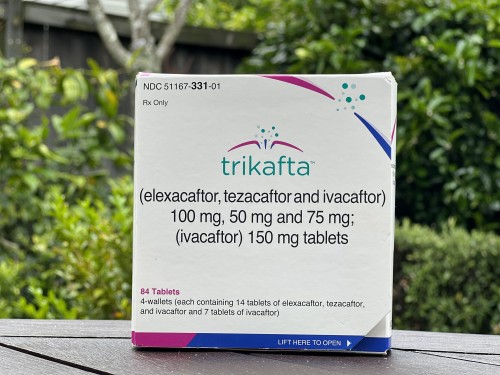