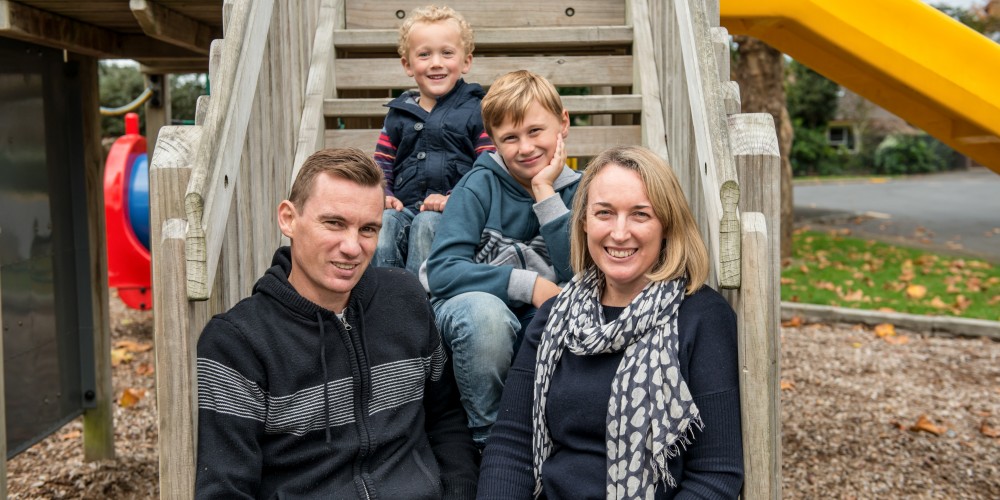 Genes are what make us who we are – they affect our eye colour, hair colour, how tall we are and all the things that make us all individuals. Genes also affect how our body works on the inside, and in CF, changes in the Cystic Fibrosis Transmembrane Conductance Regulator (CFTR) gene causes CF.

Everyone has two copies of their genes – one from their father and one from their mother. People who inherit one copy of the CFTR gene that contains a mutation (change) and one normal copy are considered CF carriers (or as having the ‘CF gene’). CF carriers do not have cystic fibrosis but can pass their copy of the defective gene on to their children.

What does the CFTR gene do?

The CFTR gene makes a protein (proteins are the building blocks of our bodies) that controls the movement of salt in and out of our cells. When the gene doesn’t work properly (as in CF), salt can’t get in and out of our cells as it’s supposed to, which causes our mucus to become thick and sticky. This makes it harder for our body to get rid of – especially in the lungs. Coughing up mucus helps our body to get rid of any germs that might be trapped in it. It’s harder to cough up thick mucus than our usual thin mucus, so the thick mucus, along with any germs that might be in it, builds up in our lungs and causes an infection.

There are more than 2000 mutations for the CFTR gene, and the different mutations are responsible for some of the differences in how people are affected by CF.

Can I find out what gene mutation my child has?

In New Zealand it’s possible to test what gene mutation your child has. There’s some relationship between gene mutation and severity of symptoms, but it’s not as simple as that to predict. Complications of CF vary between people with the same mutation, because the disorder can be influenced by genetics and environmental factors.

However, as more precision medicines are developed that target specific faulty genes, it’s becoming increasingly important to know your genetic typing. Your CF medical team can talk with you about what gene mutation your child has and how this can affect their treatments and medications.

How do I find out if I am a carrier?

If you suspect you or a family member is a CF carrier, speak to your general practitioner (GP) for a referral for genetic testing.

This is done with either a blood test or a cheek swab and tests are free for those with a strong family history of cystic fibrosis.

I’m a carrier and would like to start a family – what do I do?

If you know that you and your partner are both carriers of the CF gene and you are considering a pregnancy then consider seeing a genetic counsellor before you get pregnant. Regional genetic health services in New Zealand can discuss options available to you, including prenatal testing and pre-implantation genetic diagnosis (PGD).

Contact Genetic Health Service NZ to find out more and discuss your family planning options as a CF gene carrier.

What’s the chance of me passing on the CF gene?

Cystic fibrosis is an example of a recessive disorder. That means a person must have a mutation in both copies of the CFTR gene to have CF. If someone has a mutation in only one copy of the CFTR gene and the other copy is normal, he or she does not have CF and is a CF carrier. It is estimated 1 in 25 Caucasian people are CF carriers in New Zealand. The incidence is much lower in African, Asian and Polynesian populations.

CF carriers can pass their copy of the CFTR gene mutation to their children. Each time two CF carriers have a child together, the chances are:

People with CF can also pass copies of their CFTR gene mutations to their children. If someone with CF has a child with a CF carrier, the chances are: 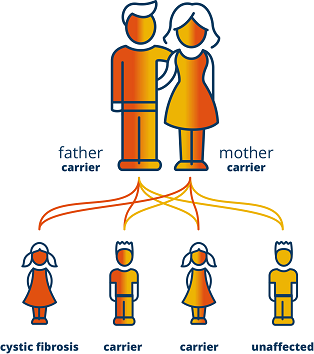