For over 20 years we've funded many New Zealand-based research studies, thanks to the generous donations from individuals and organisations. 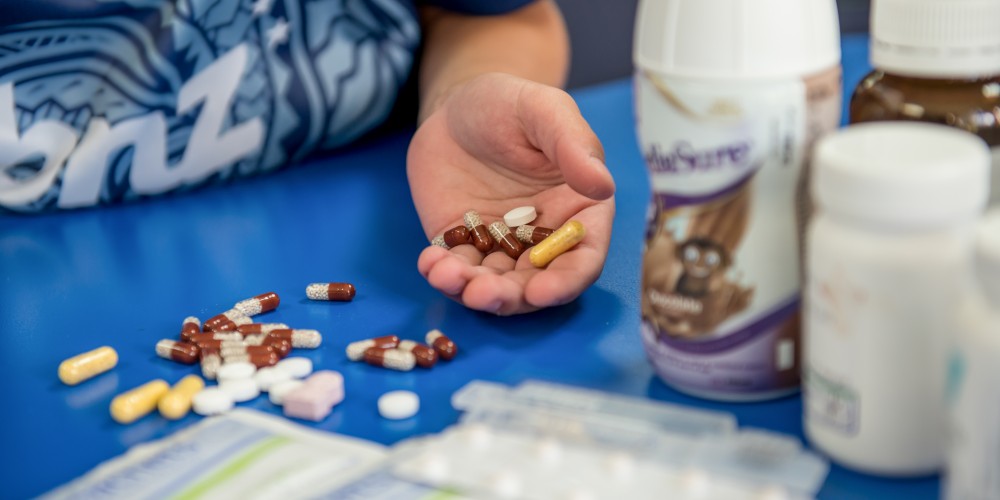 The reports developed from the data provide an accurate picture of people with CF and outcomes for New Zealand, which can be compared with other CF registries such as ones from Australia and the United Kingdom.

The registry data can also be used to help lobby for new treatments for PWCF in New Zealand and researchers can access this non-identifiable data to support their research activities.

For any enquires about the registry or research funding, please email the CFNZ Chief Executive

CFNZ is making progress on a national research strategy designed to deliver real benefits for people with CF.

The strategy is the product of a workshop organised by CFNZ and Cure Kids in 2018 for researchers, clinicians and members of the CF community. One of the key findings was the need for an interconnected research, clinical and community strategy, and someone to drive it. This lead to the appointment of a research development manager who CFNZ contracts part-time until the end of November.

The aim is to identify research priorities for our CF community, connect the CF clinical and research communities locally and internationally and determine how New Zealand can contribute to the global scene.

Find out more about the national research strategy 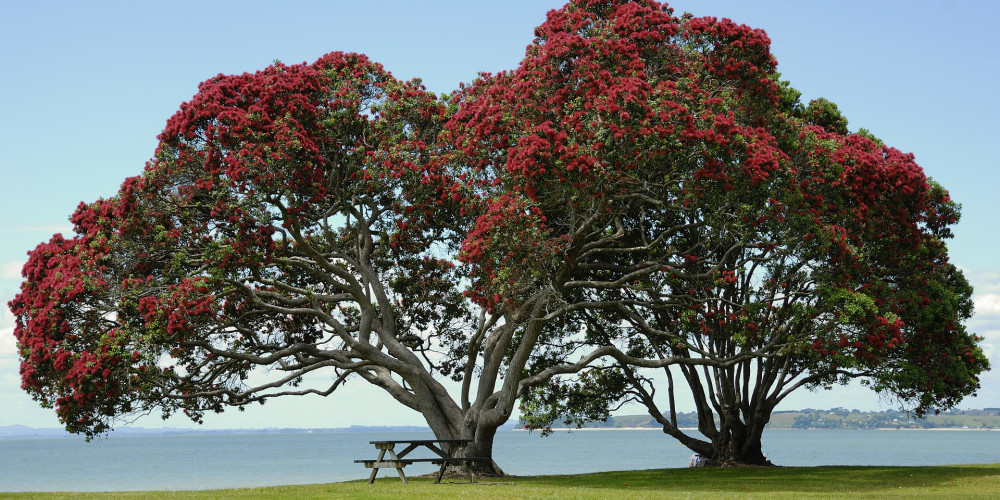 Would you like to support CF research in New Zealand and help make a difference?

CFNZ and Cure Kids are jointly funding two research projects – one for a new device for chest therapy for children and the other to target the bacteria Pseudomonas aeruginosa (P. aeruginosa) which causes a serious lung infection in people with CF.

Associate Professor Cass Byrnes of the University of Auckland and Starship Children’s Hospital is a leader in clinical care of children with CF throughout NZ. Her research focuses on the prevention of respiratory disease in children with CF or post pneumonia bronchiectasis. She's the NZ principal investigator for many international trials in CF (ACFBAL trial, COMBAT CF trial, GAIN, FAB) and received a grant from CFNZ and Cure Kids to explore making physiotherapy a game, rather than the daily chore it can be.

The tablet-based game, BreatheHero™, rewards kids when they perform physiotherapy correctly, as well as collecting data on how often the exercises are done. It’s hoped that the more engaging form of therapy will see an increase in compliance among children and adolescents, which sits at around 49%.

The BreatheHero™ research team is co-led by Cass Byrnes, Dr Christof Lutteroth from the Department of Computer Science at the University of Auckland and Hamed Minaei based in the Auckland Bioengineering Institute and includes engineering expert Dr Robert Gallichan and business consultant Dr Katherine Lutteroth.

While the final results of the research aren't yet available, anecdotal feedback from families has reported a significant improvement in both compliance and adherence to the vital therapy.

The team has been guided in technical design by Marcus King at Callaghan Innovation who has extensive experience developing medical devices, including the AbleX device for stroke rehabilitation.

Antibiotic resistance, a worldwide problem, is of particular interest to people with CF because of the nature of the bacteria that thrive in their lungs, especially Pseudomonas aeruginosa (P. aeruginos).

Professor Iain Lamont from Otago University studies the molecular genetics of bacteria that cause infectious disease. He and his research team are investigating whether P. aeruginosa is deprived of oxygen in the lungs and whether this alters the effectiveness of antibiotics used to treat infection.

The lungs of people with CF can become blocked with thick sticky mucus which can block off oxygen supply to parts of the lungs. The mucus also creates a rich breeding ground for bacteria like P. aeruginosa.

Chronic infection with this bug can greatly reduce lung function, diminish quality of life and lead to premature death. Antibiotics can keep the nastier elements of infection at bay, but increased resistance by the bacteria means this treatment is becoming less and less effective.

Antibiotics are refined and developed in labs – an oxygen-rich environment where they can easily kill P. aeruginosa. In oxygen-starved lungs however, it may be a different story. Professor Lamont and his team suspect that when the bacteria experience oxygen deficiency, antibiotics are less effective.

How was the project conducted?

The team collected sputum samples from PWCF of many ages with P. aeruginosa infection from four hospitals. From these samples, they analysed the levels of bacterium’s antibiotic resistance as expressed by two particular genes. They also analysed genes that indicate whether the bacteria are oxygen-starved.

They isolated P. aeruginosa from the samples, grew it in the lab and exposed it to a range of antibiotics and different levels of oxygen. The results for lab-grown bacteria were then compared with the samples taken directly from infected lungs.

What were the results?

The researchers found a remarkably wide range of antibiotic resistance, both in the sputum samples and the laboratory-cultured bacteria, but the reasons for this variability have still to be determined. It appears that lung bacteria can manifest in many different ways, depending on the severity of infection and the level of oxygen. Decreased amounts of oxygen do reduce the effectiveness of at least one antibiotic used to treat patients with CF, and prolonged antibiotic treatment serves only to increase resistance. It's hoped further research into exactly how P. aeruginosa flourishes in human lungs will lead to more targeted and effective antibiotic treatment.

This research is ongoing and is supported by CFNZ, Cure Kids and the New Zealand Lotteries Board. The team is grateful to the sponsors for allowing such research to be done. 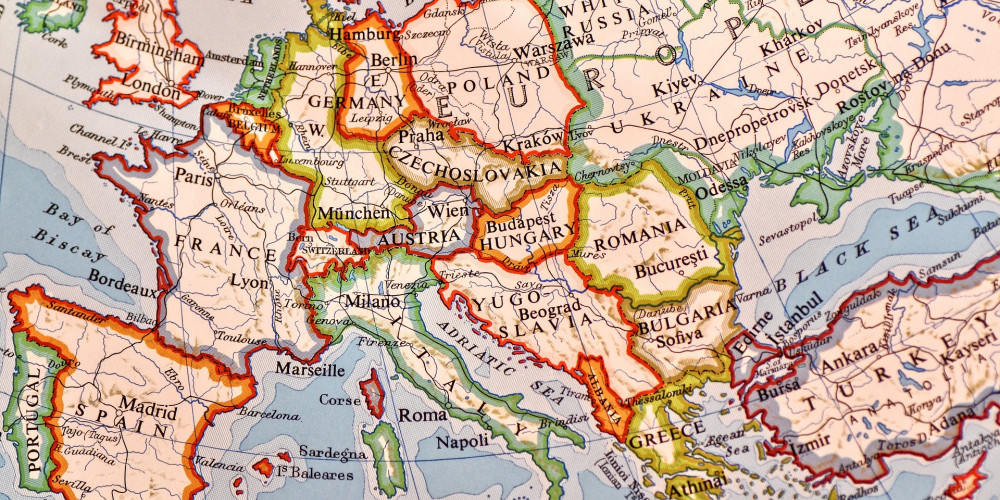 Globally there’s lots of ongoing research studies and clinical trials that may have a big impact on the quality of life with people with CF. If you’d like to know more about what's happening around the world and keep up-to-date with the latest findings we recommend visiting these websites:

The ECFS is a society of European and international experts in all fields of CF research. Its CF Research News Archive has a wide range of research articles, and all of the PDF versions are lay summaries so they’re easier to understand if you’re not from a scientific or medical background.

The Cystic Fibrosis Trust is a UK charity who invests in cutting-edge research into transformational therapies for PWCF. Visit the research section of their website.

You can also find out more about gene therapy and gene editing and the work the CF Trust is funding in this area.

This USA foundation supports a range of research programmes to discover and develop new and effective CF therapies. Visit the research section of their website.

The foundation also has a drug development pipeline where you can learn more about CF drugs in development or already in use by PWCF.