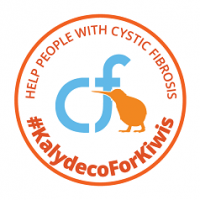 Kalydeco is a type of medicine used to treat a strand of cystic fibrosis called G551D.

“Kalydeco has been hailed as a miracle drug – and with good reason. It has massive health benefits. Current life expectancy for those with cystic fibrosis is 37 years, but this drastically improves with Kalydeco. Every day that Kalydeco remains unfunded in New Zealand, irreversible lung damage is occurring” says Cass Byrnes, Cystic Fibrosis NZ's Medical Spokesperson.

The evidence backing Kalydeco is unequivocal. New Zealand is the only country in the OECD (with a significant cystic fibrosis population) that has not funded Kalydeco for those with G551D cystic fibrosis.

“A person with cystic fibrosis can spend many months a year in hospital as they deal with the health issues it causes. However, Kalydeco can prevent many of the health issues arising in the first place. This is obviously hugely beneficial for the individual, but also for society as a whole as people with cystic fibrosis need less time off work, away from school, away from their families and so forth” says Eddie Porter from Kalydeco for Kiwis.

“Our son Otis was diagnosed at three weeks old with cystic fibrosis - we learnt soon after of Kalydeco, and that it could drastically improve the quality of his life and the opportunities that he could have. To learn soon after that this life-saving medicine was not funded in New Zealand was heart breaking, as so much of what he has to endure could be prevented.  We’re committed to gaining access to this treatment to give those that are affected like Otis the best possible chance at life” says Eddie.

“There are strong moral and social reasons for funding Kalydeco, but there are also economic reasons. The cost of Kalydeco is drastically offset through a reduction in health costs. Kalydeco prevents complications that require costly treatment. For example, the need for lung transplants is likely to be greatly reduced, as lung damage is effectively halted while on Kalydeco.

Early September PHARMAC called for applications from suppliers of medicines for rare disorders. Vertex, Kalydeco's manufacturer, put in an application for Kalydeco. A decision is expected early 2019. 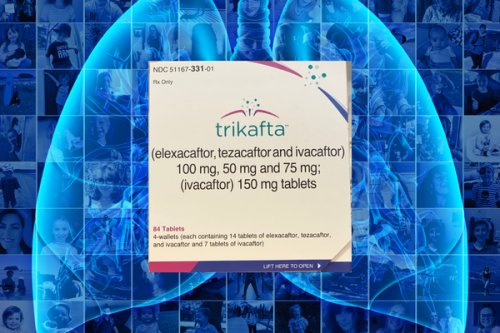