Take a look at some of the milestones in the vision to see lives unlimited by cystic fibrosis, the impact we’ve made, and how our understanding of the condition has changed over the last 50 years. 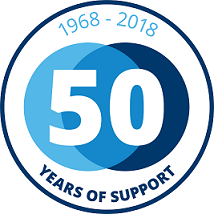 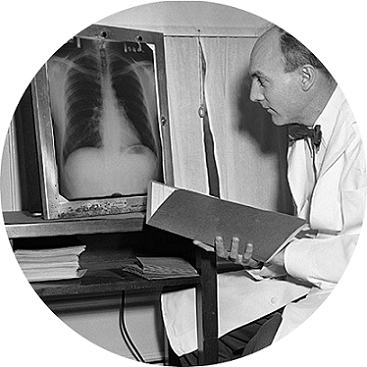 The outlook for children with CF was bleak – the majority would die before the age of 5. There was little support for parents in New Zealand. This led to the establishment of a support group of 27 people in Wellington and then the formation of Cystic Fibrosis New Zealand, which became a registered charity on 16 December 1968. 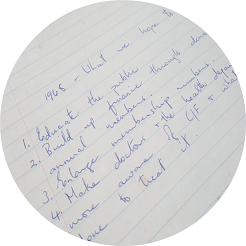 Bringing the community together

Sir James Wattie, founder of the Kiwi food giant Wattie’s, became CFNZ’s first patron. This was the year the organisation’s first newsletter was published to keep parents informed. The CF News is still being published today, helping to celebrate the amazing achievements of people living with cystic fibrosis. 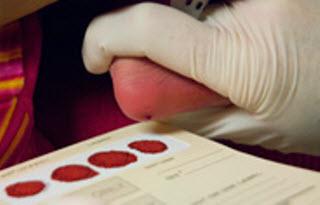 Auckland University researcher and current CFNZ patron Professor Bob Elliot made a major worldwide breakthrough in the diagnosis of cystic fibrosis. His research established the Guthrie’s heel prick test in newborns to test babies for cystic fibrosis and other genetic conditions. This meant vital early treatment could be administered before irreversible scarring of the lungs occurred, and continues to be the method of diagnosis used today. 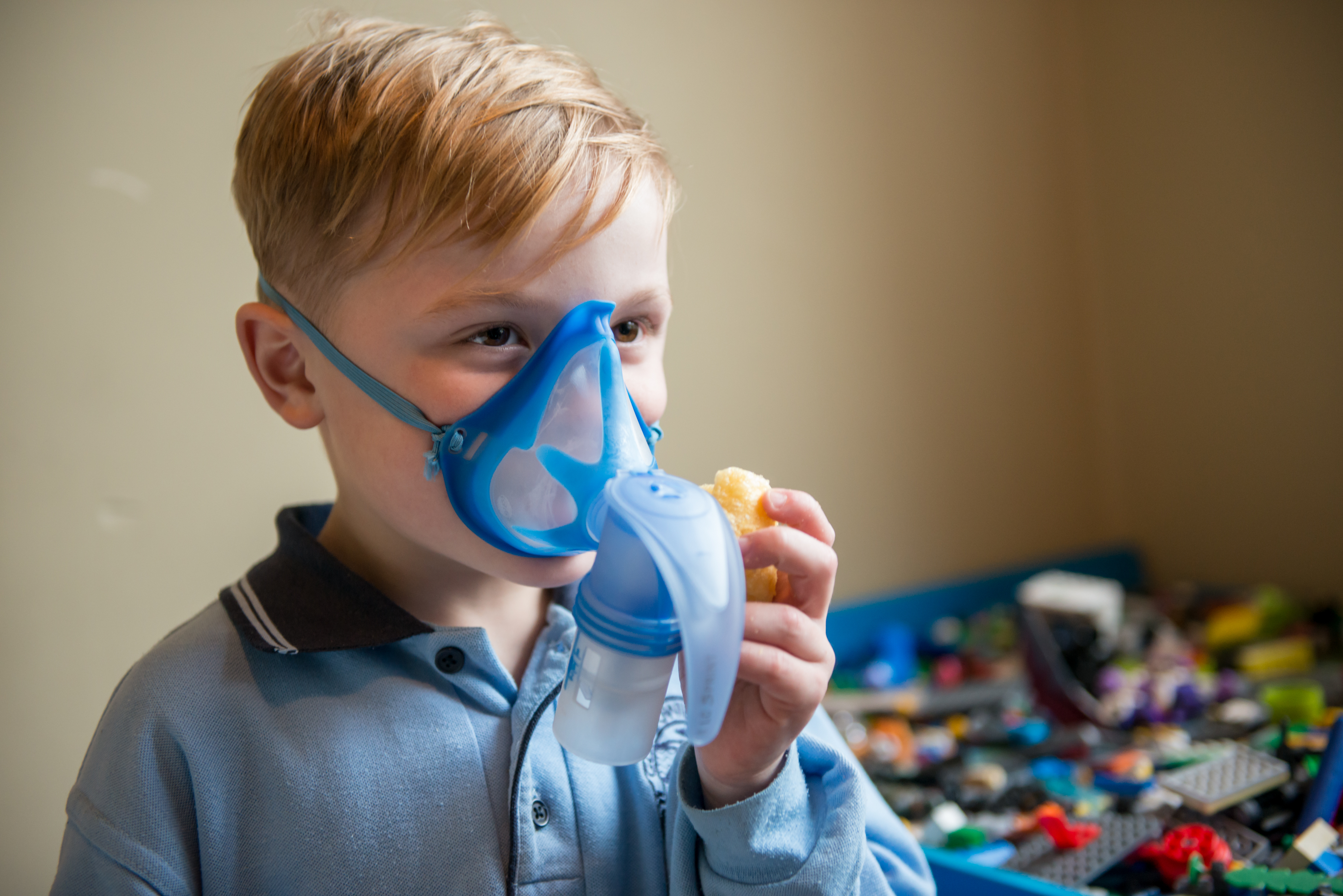 Nebulisers are introduced for the treatment of cystic fibrosis. Research showed medicine inhaled directly into the lungs was more effective. This equipment was not funded by the government so CFNZ stepped in to help. In many regions, we still pay for nebulisers for people with cystic fibrosis. 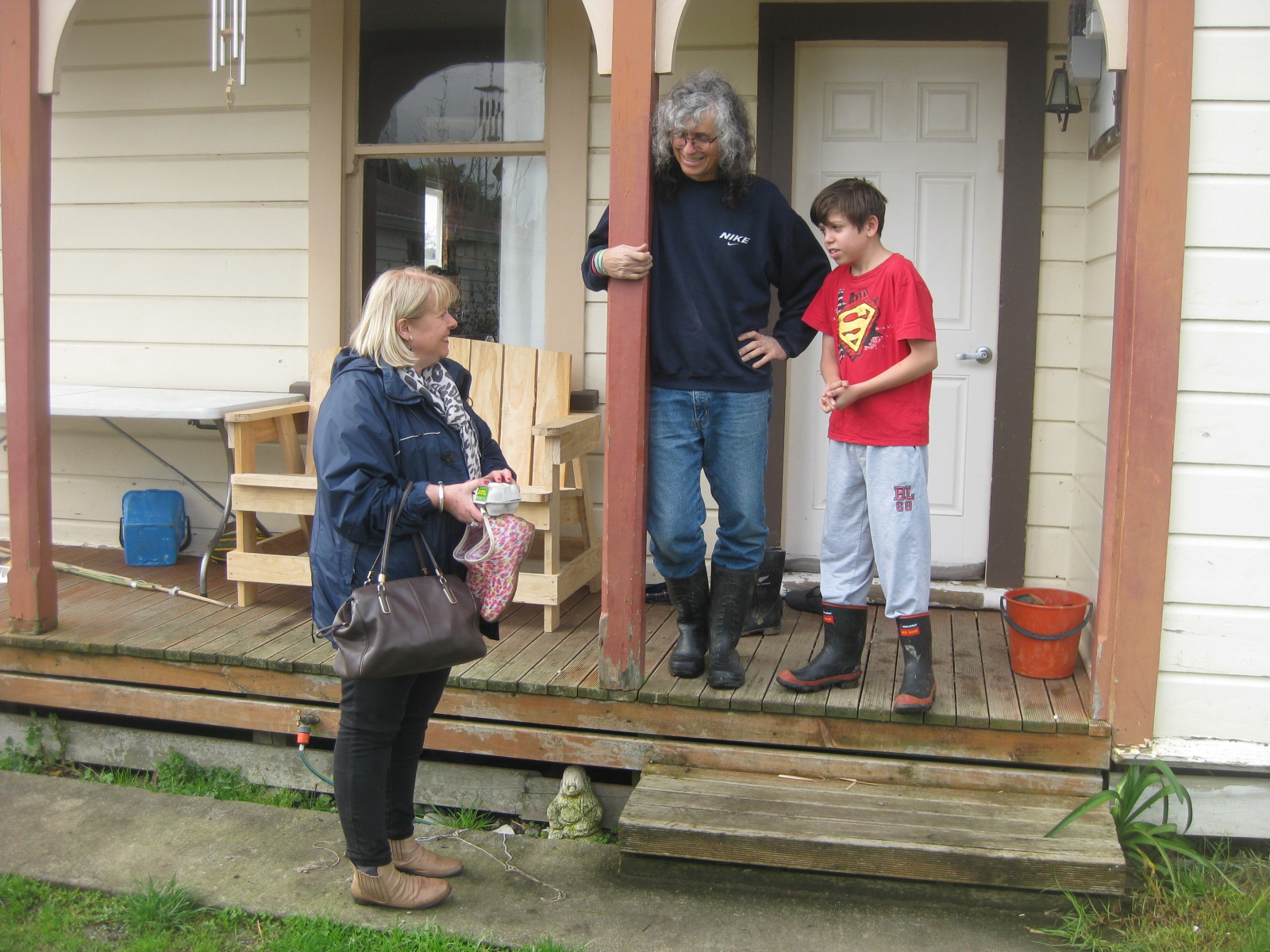 By now CFNZ had branches in Auckland, Bay of Plenty, Waikato, Hawke’s Bay, Wellington, Canterbury and Wellington which greatly improved local support for families – adding to this support was the first social worker employed to provide direct help to families. Today CFNZ has 12 branches and employs three social workers around NZ. 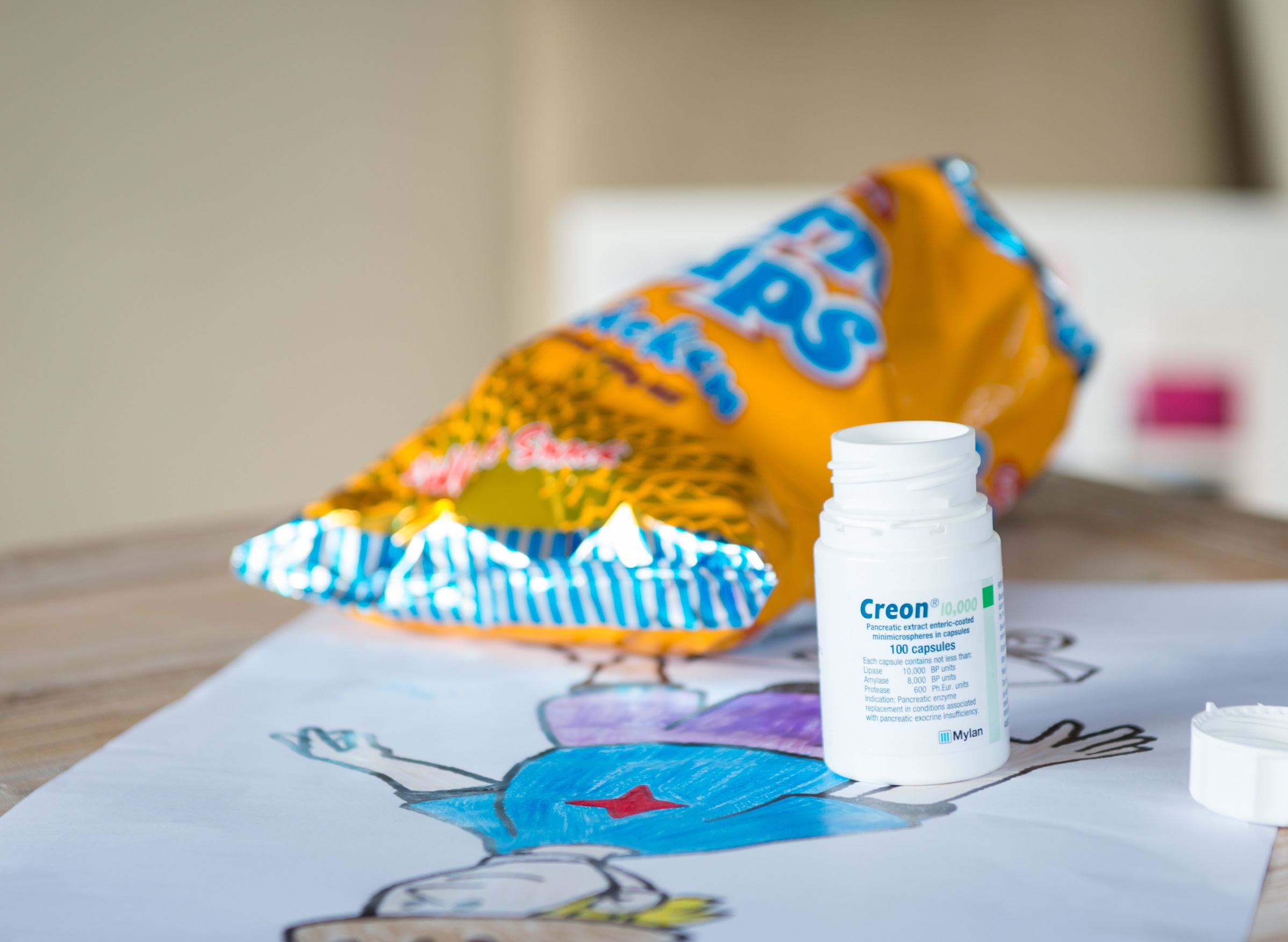 Easing the effects on digestion

The nutritional supplement, pancreatic enzymes, are approved for use in New Zealand. These enzymes are used to replace the digestive enzymes lacking in CF patients which can lead to poor weight gain and malnutrition. At this stage many children were surviving well into their teenage years but for reasons not understood, girls had a shorter lifespan than boys. 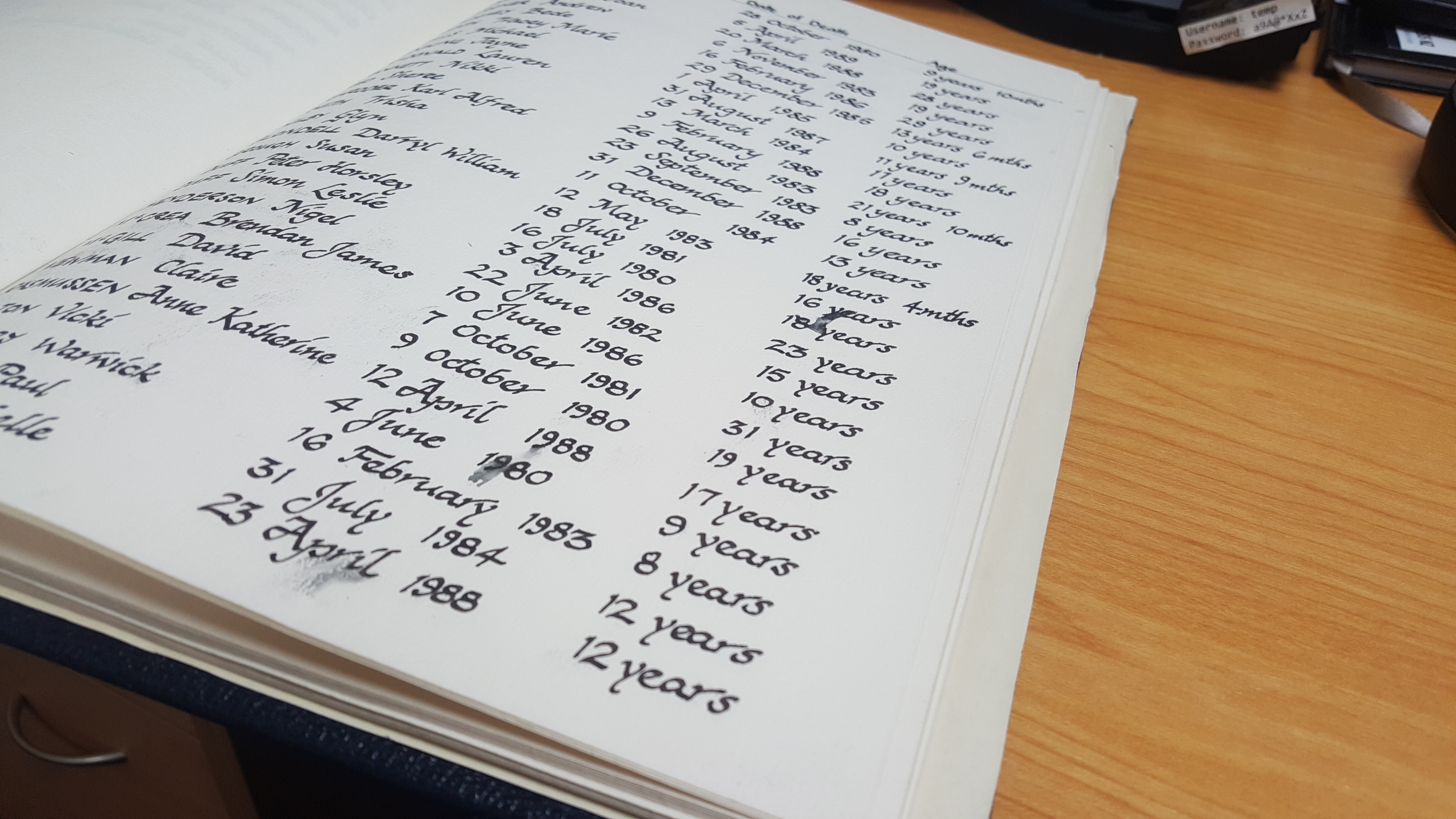 Advances in antibiotic therapy and treatment had led to significant improvements in life expectancy. By 1988 many people were living into teenage years and even adulthood in New Zealand, something unheard of just a few decades earlier. An adult group of CF patients was also established. Today, CFNZ has an adult with CF representative on the Board and also an Adult Advisory Group to provide guidance on important issues facing the community. 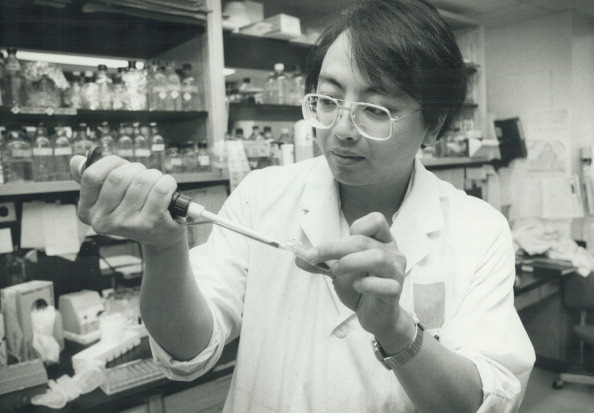 The faulty cystic fibrosis gene is identified in the human DNA structure which is considered to be one of the most significant breakthroughs in human genetics – this promised to be a major advance towards a cure. Almost 30 years later the world continues to wait for a cure, but many researchers around the world are working on a method to correct this gene with gene therapy or using the gene-editing technology, CRISPR. 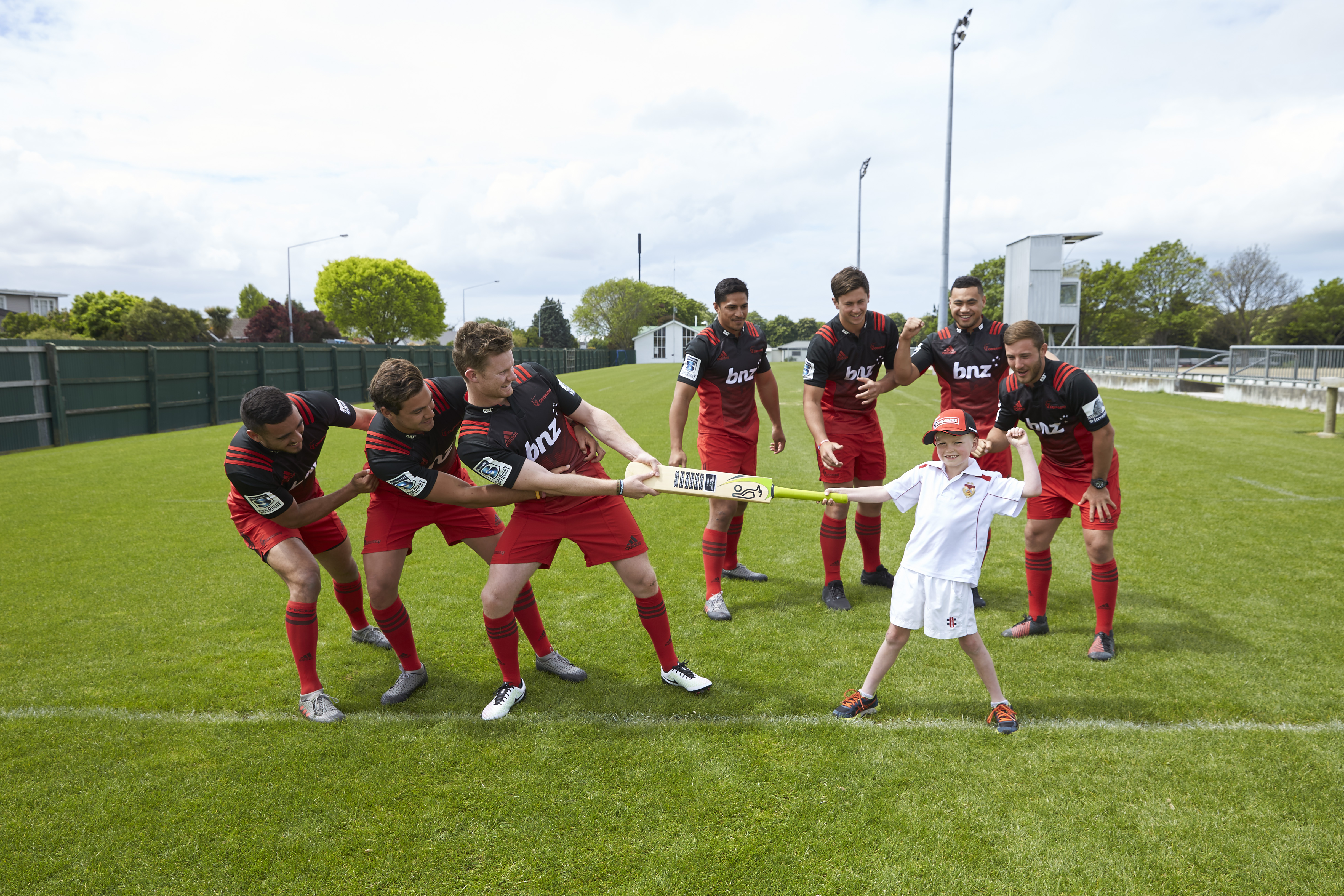 The Canterbury Rugby team formalise a charity cricket match which had been running for the previous nine years. The annual Charity Cricket match now features the BNZ Crusaders batting against an All Stars invitational team. It starred late rugby legend Jonah Lomu in 1996. Today the event raises over $30,000 for charity. 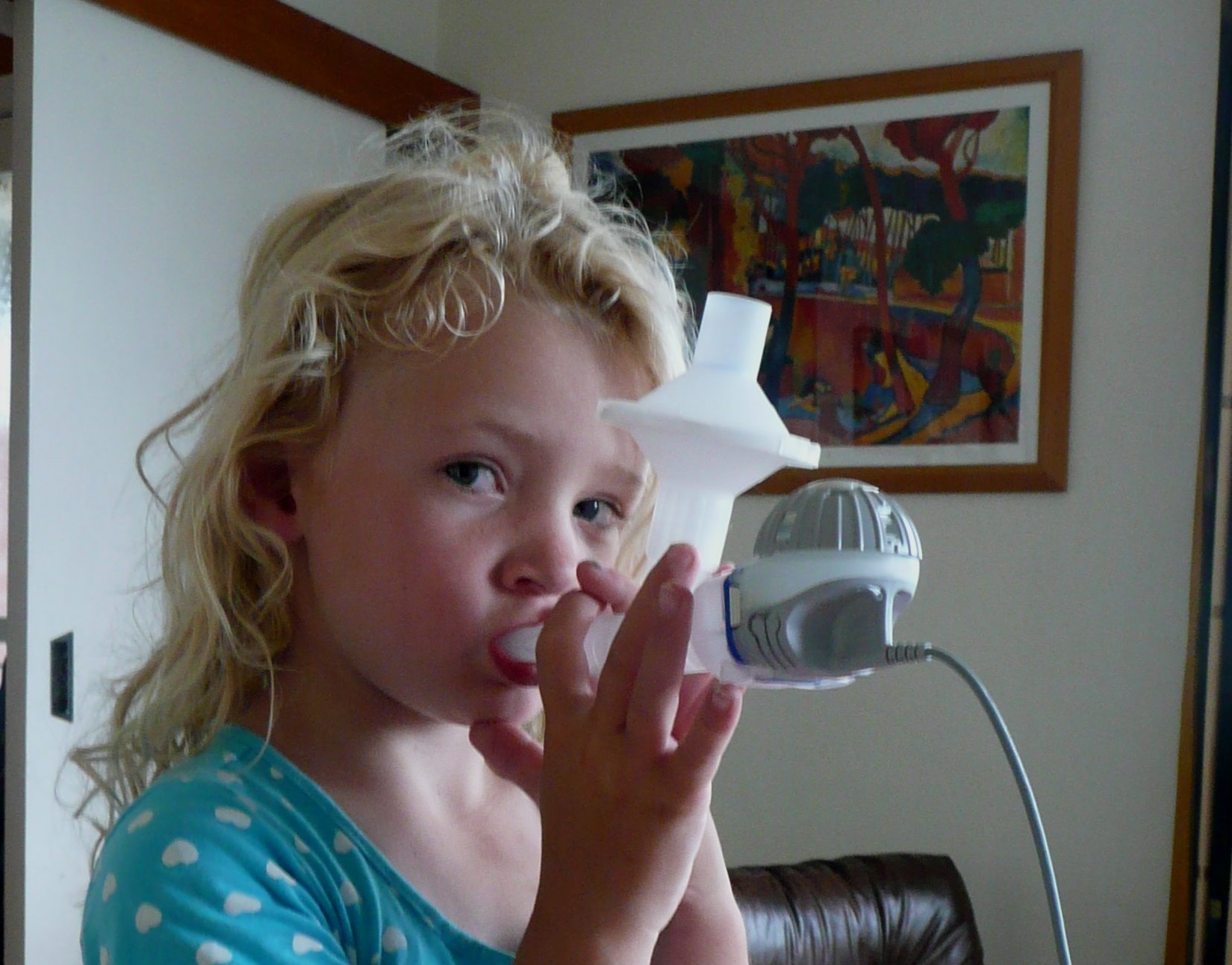 The biggest advance in CF treatment in 30 years

The drug Pulmozyme is approved for use in New Zealand and had a major impact on quality of life. It initially only received limited public funding and CFNZ lobbied hard to obtain wider access to this medicine. This was the same year that the first lung transplant took place at Green Lane Hospital. Nowadays eight to ten lung transplants take place each year. Lung transplants can lead to a much longer lifespan, but are not a cure for cystic fibrosis. 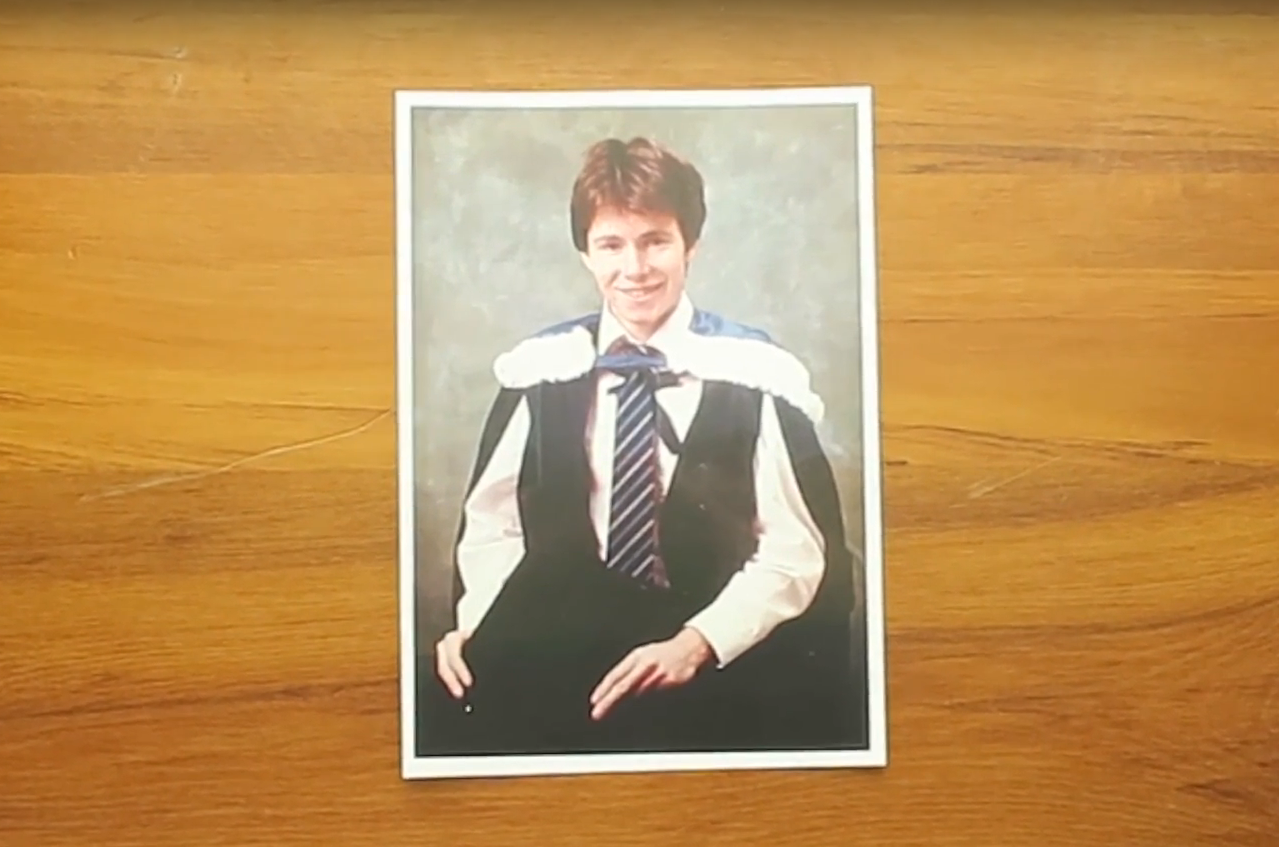 The Mark Ashford Scholarship is announced for people with CF who achieve excellence in tertiary education. This scholarship was founded by Fletcher Challenge who employed Mark Ashford – a Kiwi with CF who tragically passed away in 1996. 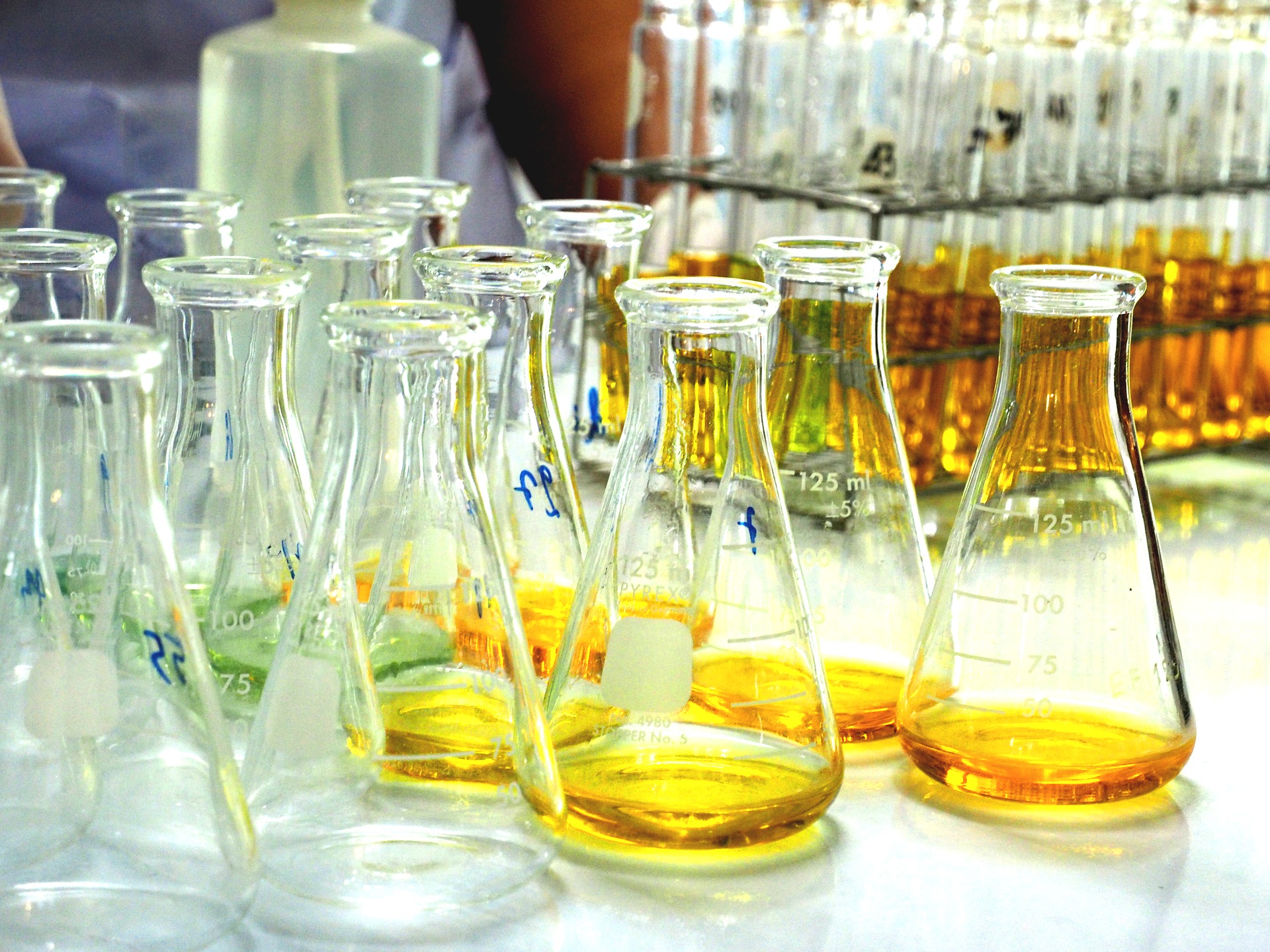 Scientists at the University of Otago discover that children with cystic fibrosis produce chlorine bleach in their lungs, destroying critical molecules in the airways. The discovery provides huge potential for new treatments, enabling drugs to be targeted against the production of chlorine bleach, limiting lung damage. 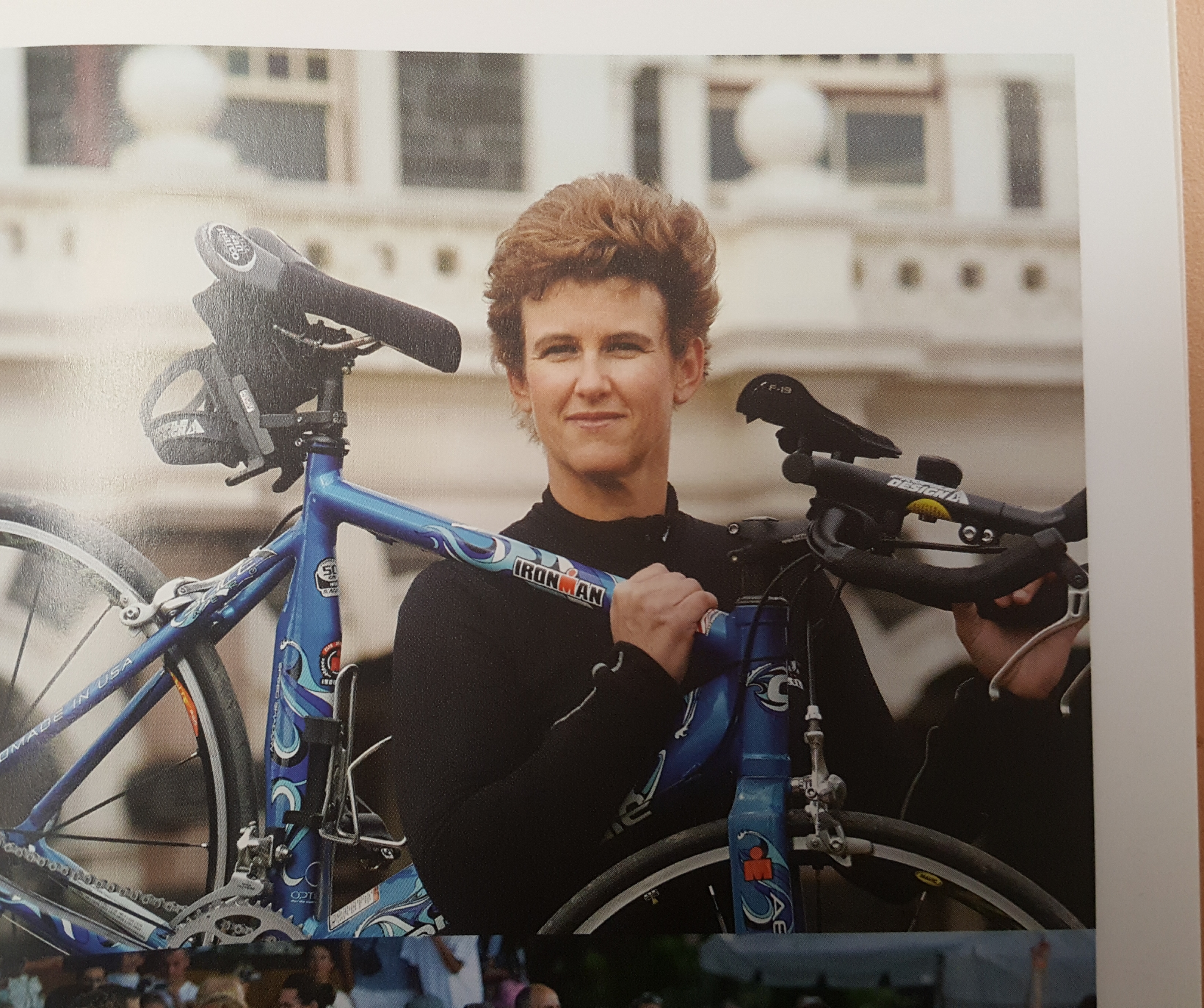 For the first time in its 20 year history, Ironman Taupo announced it would partner with a charity for this event – CFNZ’s Breath4CF fund. This event raised big totals such as $120,000 in 2004, $145,000 in 2005 and $125,000 in 2006. Tracey Richardson who was instrumental in establishing CF as the official charity, was awarded the New Zealand Order of Merit for services to cystic fibrosis. 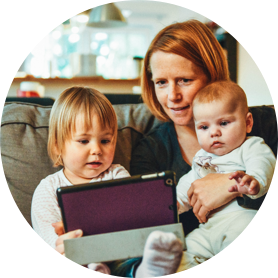 The first reports of cross infection people with cystic fibrosis are published in the Lancet medical journal. Further research has led to strict hospital protocols for treating patients, and people with CF being discouraged from socialising together.

Denis Currie who was awarded the Queen’s Service Order (QSO) becomes President of CFNZ as Jane Drumm, who has two children with CF and who has extensive experience in the community sector, is elected as CFNZ Board Chairperson. They both continue to lead CFNZ. 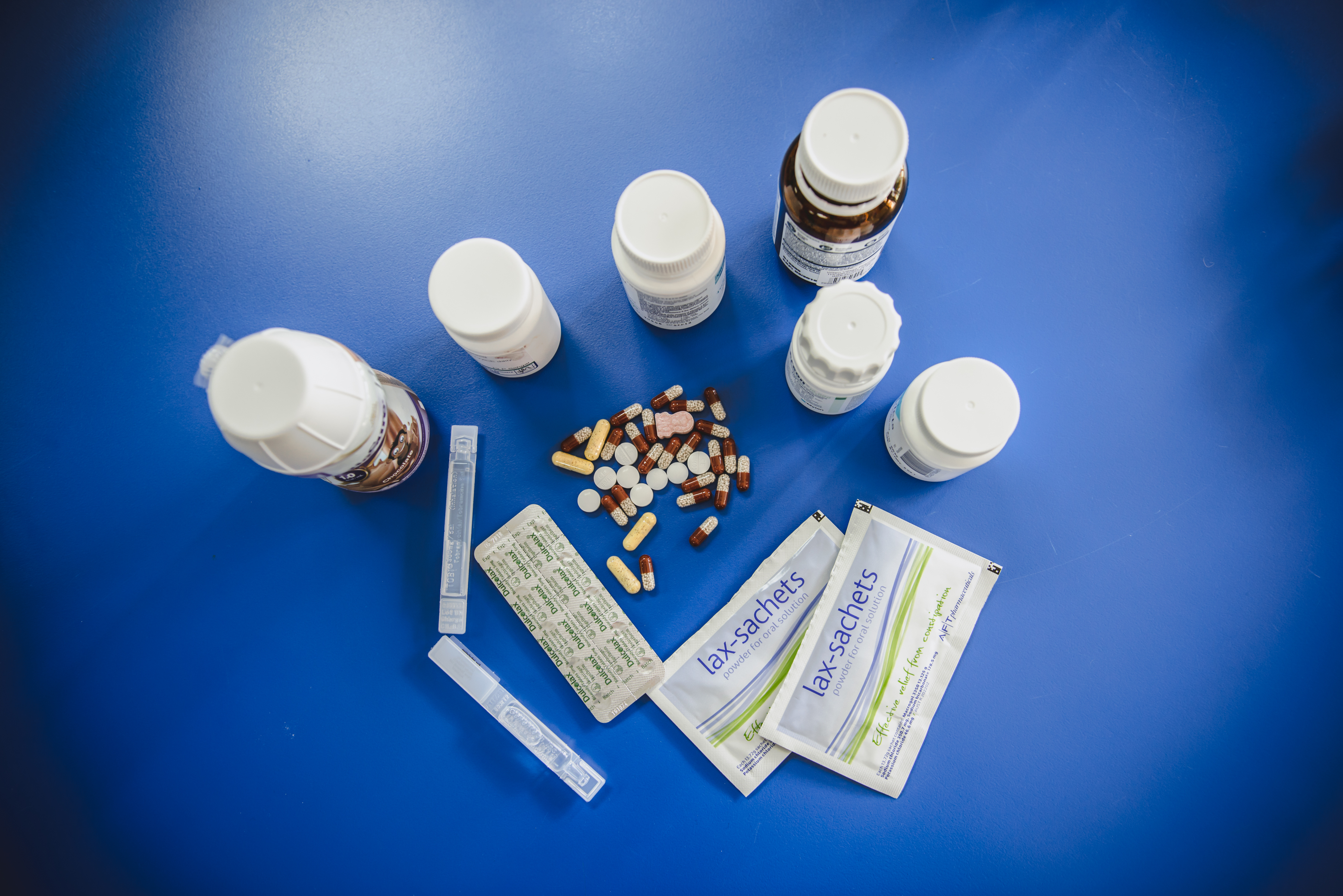 Cystic Fibrosis New Zealand joins other countries to launch a data registry for cystic fibrosis patients. This registry is known as Port CF in New Zealand and includes information about genetics and treatment patterns.

Targeting the cause, not the symptoms 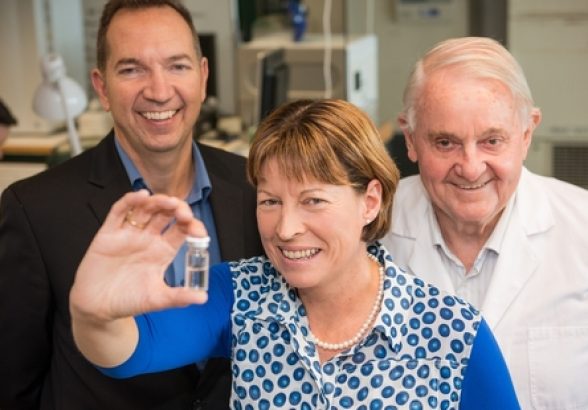 A new drug called Citramel is invented, which melts the mucus obstructing the effectiveness of existing antibiotics in CF patients. It's potentially a huge breakthrough for the medical world and an important milestone for New Zealand's medical innovation. Clinical trials for this drug are still underway.

A bright future for people with cystic fibrosis

Thanks to new treatments, organ donation and more personalised care, life expectancy has risen to over 40 years in a number of countries around the world. Scientists are constantly working on new therapies and drugs that will continue to prolong life and hopefully lead to a cure.

Where to from here?

Despite the positive changes seen over the last 50 years, we are still a long way from beating this condition. Too many people born with CF will not live to see their 30s, and all must endure a heavy burden of treatment and care that takes up hours of their lives every day, with regular hospital visits and stays.

Please consider supporting Cystic Fibrosis New Zealand, so we can continue to support people with cystic fibrosis and their families.