From Canterbury to Canada

Law graduate Lily Tew is the deserving recipient of the CFNZ Mark Ashford Scholarship for 2022. The Christchurch-born Wellington raised 23-year-old is currently living in a van while she travels the East
Coast of the US during her OE to Canada, where she’s been working as a ski instructor.

Lily found out she had won the scholarship in an email from CFNZ’s Lisa Burns, “I am so grateful and honoured to have won this scholarship. There were a bunch of amazing applicants so it’s crazy to be chosen. I am so happy and thankful,” she said.

Lily had initially been unsure whether she should apply or if she even deserved to be in the running. Lily recalled why she eventually did, “I remember having a conversation with mum about it a few years ago. I brushed it off a bit. But then I saw an interview with the previous winner pop up on Facebook. I thought yes, I do have a degree and now my ski qualifications too so that’s pretty cool I think when you have CF. We often just get on with things with CF but actually, it is a factor in my life and I’ve still achieved these things.”

Upon hearing the good news, she couldn’t have been happier but was sad not to be able to share it with her family in person. “I couldn’t believe it when I got the email! I had to wait to let my parents know due to the time difference. When my dad woke up he called and they were so excited for me. It was a shame I wasn't with them to celebrate,” said Lily.

Lily spent five years at The University of Canterbury completing her double degree in Law and Arts. During that time, she interned at the prestigious law firm Bell Gully which later offered her a graduate job. She said,
“I was extremely proud of my degree and being offered the chance to work for Bell Gully. I enjoyed my time there and it made me keen to pursue law. It’s very competitive so it was great to get that offer."

A Change in Direction

Lily isn’t one to stand still for long and her itch to travel needed to be scratched. The pandemic meant Lily was unable to do a university exchange abroad so even though the borders were still shut she didn’t want to miss out. Lily said, “I shyly asked if I could defer my job’s start date. Then I applied for my visa to Canada and got my ski instructor level 1 certification. I got a job at Mt Norquay Banff National Park in Alberta and left two weeks after my final exam.

I was moving to the other side of the world with CF during a pandemic and to not use my law degree - but I felt I just had to go. I was pretty healthy so I thought if I don’t do it now when would I do it?" Once she arrived in Canada she knew it was the right choice. She said. “It was amazing immediately and I met some great people. It’s been such a brilliant experience. I wouldn’t change a thing.”

Lily wasn’t letting CF hold her back so her achievements as a ski instructor were another aspect she highlighted in her scholarship application. Lily said, “Ski instructing is very physical. It’s hard work being out
in the cold all day. For someone with CF who wasn’t on Trikafta, it meant I had a constant cough and was still
doing my meds every day. I was proud to be working in that job at 23 living with CF.”

Lily was proactive and booked a GP appointment within three weeks of arriving in Canada and applied for an Alberta Health Card so she could attend clinics and access medications. She had been completely ignorant to the fact that Canada had recently started funding Trikafta and now it looked like she would qualify to get it! She recalled, “I went to a clinic appointment at the end of January where they said we’ll get you on Trikafta. I simply had to sign up for a special type of health insurance that costs about $60 per month and they needed proof of my mutations. After I’d provided those, I received Trikafta on the 3rd of March.”

This was a total surprise but a very welcome one, “I never came here for Trikafta so it was so good to have it. I felt better within 24 hours. My lung function improved by 20% in the first few weeks. I am off my meds now except for Trikafta and Creon and I’ve not had any antibiotics since I started taking it,” she said.

Lily’s life has completely changed and she’s living with more freedom and without the need for multiple treatments a day.

“I feel so good - a million bucks better. I always thought I was healthy and active, but now on Trikafta, I can’t believe how much better I am. I can ski the whole ski run without coughing and I wouldn’t be able to do the van trip without it. My cough has gone completely and I’ve had covid a few times but I recovered like anyone else. I would have been way sicker with covid without Trikafta,” said Lily.

Canada had only had Trikafta funded for five months when Lily got there but the benefits to the health system were easy to see. “When I got to the clinic, they told me almost immediately they went from having 13 people in hospital every month to one every few months. It had such a big impact. It changes your life. I can look to the future. I am healthy and like everyone else. We need it in NZ as not everyone is healthy enough to make the move to another country to try and get it,” she said.

Her experience in Canada has been a game-changer for Lily and she thinks CF shouldn’t stop you from experiencing new things, “If you are well enough, don't be scared to travel. It’s the best decision I’ve ever made for myself. Just don’t go somewhere and forget you have CF. Get health insurance and sign up for local CF clinics if you can. Remember this is a factor in your life and you need to take responsibility for it.”

Lily isn’t sure what her plans are but more travel is on the cards. It’s hard for her to return home for good
without risking her health. She said, “I am not sure what my future plans are but Trikafta is more important than anything to me right now so I may go to the UK and travel more. I am sending lots of love to NZ as I miss everyone. I would love to come back but the thought of coming off Trikafta is not something I could consider doing.”

Message from the Board 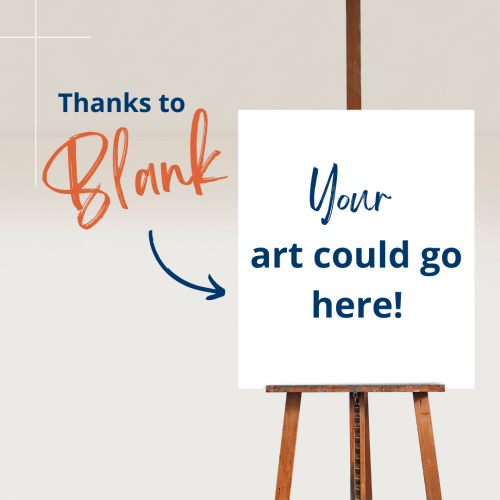