Charlotte and Aiden met at a friend’s 21st birthday party seven years ago. Aiden has cystic fibrosis (CF) but he hasn’t ever let it limit his life. He describes his treatments as, “business as usual”, is positive and upbeat, and very practical about his routine and how CF has impacted him, “It’s hard to say how onerous it is compared to anyone else as I’ve always lived with it [CF], but  I do about 40 mins of treatments in the morning and another 40 mins at night. It can get a bit more time consuming if I have a chest infection - then it’s stretching out to about an hour twice a day. But, in general, the impact on my life isn’t too much when my health is good.”

Like many Kiwis in their twenties, the couple spent two years travelling around the world visiting Southeast Asia, India, the UK, Europe and Australia. Myanmar was their favourite stop, thanks to the fantastic people, food and scenery but they also fell in love with the Lochs and Highlands of Scotland and the laid-back lifestyle of Greece.

Aiden was able to maintain his treatment routine throughout, no matter where they were. Charlotte reminisced with pride, “He did his treatments every day, twice a day. We’d be in a train station with no power and he’d just be sitting in the dark doing his treatments.”

CF is just part of our lives

Charlotte knew nothing about CF before she met Aiden but now she understands the everyday challenges that people living with it face, “It feels like normal now and CF is just part of our lives. His routine is ingrained in me, so much so, that if I am away without Aiden, when it gets to about 5 pm I feel like I’ve forgotten something as it’s the time he would usually be doing his treatments at home” she said.

Over the years Aiden’s been in good health but has recently had a few stints in hospital due to Pseudomonas bacterial infections. For people living with CF, once Pseudomonas is established, it becomes very difficult to get rid of and it can become antibiotic-resistant.

Charlotte became aware of the drug Trikafta a few years ago and thought, “ok, great that’ll be there for Aiden later down the line”, but as the last few years have shown, his health can become vulnerable pretty quickly so she became increasingly frustrated at the existence of such a life-changing drug not being available for people with CF in New Zealand. She says, “Aiden has always been so healthy, but it’s been hard to watch over the last year as he’s dealt with these infections.”

As a couple, they discussed different approaches to raise awareness and encourage people to sign the petition to get Trikafta funded in NZ. Then, inspired by the triple therapy drug, Charlotte decided to embark on a ‘Triple Peak Trail’ during the month of March 2021, “I wanted to do something to try and help as I was frustrated by sitting around waiting. I was thinking for a while ‘what I could do?’ When I thought about climbing it seemed to fit - the lack of oxygen at high altitude linking to symptoms of CF - plus the triple peaks matched with the Trikafta name and triple therapy. I wanted people to know that it is a harder journey for people with cystic fibrosis and that there is this drug out there, and we really need to get it here to save people’s lives so we can have a future and Aiden can be healthy.”

She climbed around 1000m five times a week during March walking locally around Auckland. Week one was during lockdown so she started close to home by walking up Bullock Track in Grey Lynn (she confirmed that 1000m was 27 climbs up and down). To put this in perspective, Charlotte climbed the equivalent of three times the height of the Sky Tower each weekday in March!

Aiden had generally left Charlotte to it but did join her on a few occasions, “I’ve been a little bit intermittent so if it was a local one I’d generally jump in for 10-15% of it. ” he joked.

With the hope of Trikafta on the horizon, Aiden says he sees more of a future for himself,

“At the moment I think about things with a short term focus, so I think the biggest change would be not to worry so much about my CF as it’s always in the back of my mind.”

Charlotte’s not done campaigning yet, she’s currently looking into what challenge she can take on next and she has no plans on stopping until Trikafta is funded.

To find out more about Charlotte’s Triple Peaks Trail for Trikafta.

Campaign for Trikafta - kiwis with CF can’t wait any longer

Trikafta is a breakthrough treatment widely heralded as having the potential to turn cystic fibrosis from a life-threatening condition to a manageable condition. It's currently not funded in New Zealand. Help us campaign for this treatment - Kiwis with CF simply can't wait any longer. 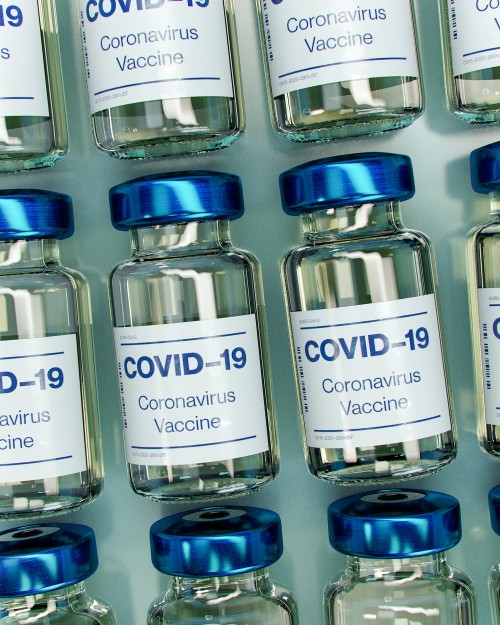 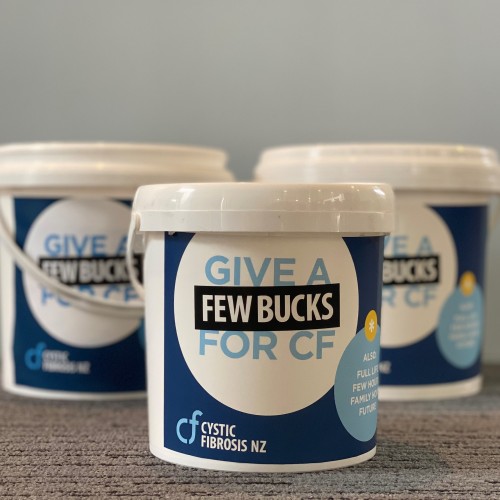 NZ gives a Future for Kiwis with CF 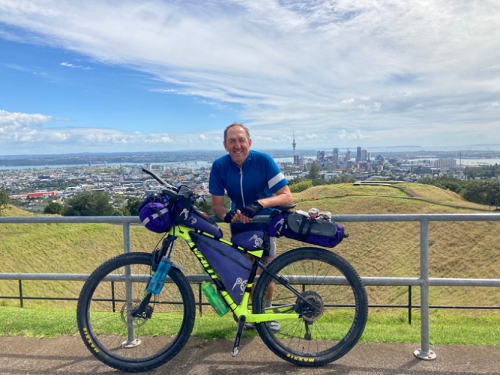