Nora was really unwell from about 3 days old. She was sleeping almost all the time and we had to wake her for feeds. After a few days of this we were struggling to keep her awake at all and becoming really concerned.  I talked to my midwife about it and she wasn’t too concerned but I decided to take her to the doctor the next day.

While we were at Play Centre the next morning, a friend noticed that she was turning blue. I gave her a little shake and she seemed ok. I took her to the doctor straight away and we were told to go to the hospital.  While they were checking her out at the hospital, she stopped breathing - her left lung had collapsed into a tiny ball, for a while they thought maybe she didn't really have a lung. She was on CPAP for a week or so and then on oxygen for another week.

Near the end of our stay we were told her Guthrie test had come back indicating she may have CF. Our doctor told us that he thought it was likely (his actual words were "I think we've solved the mystery!”) She was officially diagnosed with CF a few days later after a blood test.

We were so relieved that it was CF, we were worried that she wouldn't recover from her chest infection and collapsed lung. CF meant that she could recover and even be healthy with the right treatment. I think we were just focused on getting her better so it did take a while for the enormity of her diagnosis to sink in for us.

Nora was such a sweet baby, she slept so well and was really cruisy. She did cry when we did physio - I told her stories of all the things she could do if we could keep her healthy by doing her physio - it helped me at least!!

I remember we went to Whangamata when she was six weeks old (was planned before she was born!) and a woman in a cafe told  me she was far too young for solids when I was giving Nora Creon in apple puree but I think that was my only negative experience with other people, it stands out though. I feel very lucky that she was my third child and I was pretty confident looking after a baby.

Nora has only had 2 admissions for IV antibiotics but maybe 3-4 more for other related issues (like low blood sugar). We have great family support, so Lawrence gets the older kids off to school and my Mum or sister picks them up. It means that I can stay with Nora all the time without worrying about anything else. The whole family visits us at hospital often or someone will sit with Nora while I go and see them. We decided that I would only work part time for a number of reasons, including looking after Nora when she's sick. Obviously we are really lucky and a lot of families can't do this.

I think our strategies mostly involve an iPad, treats (junk food), presents and getting out as often as possible!!  If I know we will be in for a while I bring her blanket and pillow from home and lots of her toys, books and pens, notebooks…  I accept that she will eat almost none of the hospital food and make sure I always have meals for her myself. I try to be as self-sufficient as possible.  I go for a walk most evenings once she is asleep and usually call into the supermarket to pick up supplies for the next day.

Nora has 2 older siblings, James and Maeve. James is nearly 12 and is in year 8. He is a competitive swimmer and loves crossfit. Maeve is 9 - she is super into gymnastics and dancing. She's also pretty creative and spends lots of time sewing and making things out of boxes!

I should say that Nora does dancing and swimming too and the kids all do a lot of sport (Nora is the least keen unfortunately!) They all do surf lifesaving over summer and it is excellent for all of them but especially Nora. I truly believe that exercise is a major factor in keeping CF lungs healthy. It also teaches Nora that she can do really hard things and to keep pushing herself even when it's tough. I think perseverance and resilience are really important attributes for her to develop.

Nora went to our local kindy when she was 3. The teachers were amazing and looked after her so well. They became experts at giving her Creon. They also did their own research - they often knew what Nora needed before I told them! We had occasional problems (like kids playing bark chip wars!) that were always resolved quickly. The teachers never seemed to mind doing a little extra to keep her safe.

Our older kids went to creche before kindy but we decided to keep Nora home until she was a little older.

Nora loves school. Just before she started, I was invited to a staff meeting to talk to everyone (all teachers and support staff) about CF and Nora. I'm so grateful to have had that opportunity. The teachers, teacher aides and office administrators all keep an eye on her and make sure she is ok. It has made a big difference for my other kids too - their teachers know about CF and how hard it is for them sometimes.  I could also make sure that no-one felt sorry for Nora - the poor child will never get out of PE or fitness at school!

This year, after 2 years of school I went and did a 5 minute recap for everyone and showed them the new CFNZ info on school. I also meet with Nora's teacher at the start of each year and whenever it’s been needed (not often).

I think that making sure everyone had a lot of information when Nora started school has worked well for us as now it’s just not a big deal. Everyone knows what might be dangerous for Nora and how to keep her safe. I was really pleased when Nora told her teacher she couldn't use the pool changing room at swimming (these ones are particularly gross!!) and the teacher listened to her and found somewhere else for her to change. Am so stoked that Nora spoke up for herself and was listened to (I'd been meaning to say something but forgot!)

The school got some funding for a teacher aide to give her Creon. She has had the same teacher aide nearly the whole time and we keep a bottle at school. I gave her lots of details about dosage at the start and now she knows how much and I never have to worry - so cool!

Nora does hypertonic saline and pep in the morning and after dinner. She also does pulmozyme at night. She has Creon whenever she eats and has started to do it herself (she just checks the number of capsules with me). We are very aware that Nora has CF not us - she will be doing treatments long after we have stopped helping (making!) her. We make sure she knows why she needs each treatment/medicine and she has started to help get everything sterilised and set up.

We almost always have activites after school so we keep busy!

Nora is a delightful kid - she is enthusiastic about almost everything and bounces around like you wouldn't believe. She is silly and funny - she wants to be famous and is a born entertainer. She is kind and empathetic and such a great friend, she is very easy to love and wins over everyone, kids and adults.

She is 100% a normal kid though, she throws her fair share of tantrums, fights with her siblings and moans about emptying the dishwasher and tidying her room.

You may have seen photos of the gorgeous Nora on our website and publications - we're so happy to be able to share the story behind the face. Thanks, Nicci! 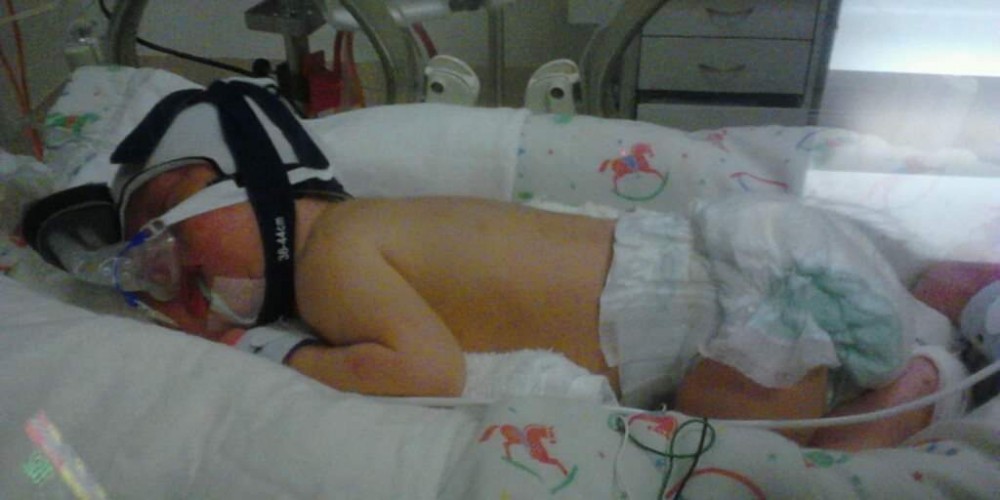 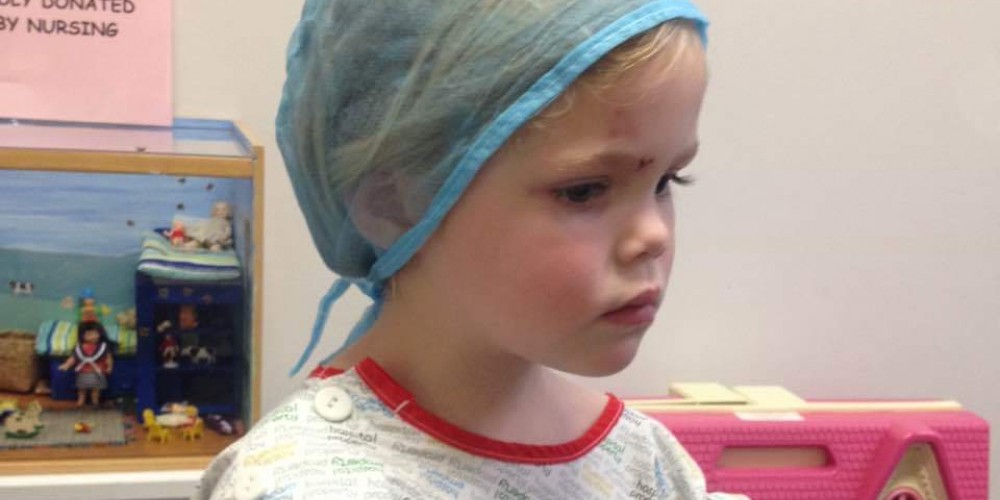 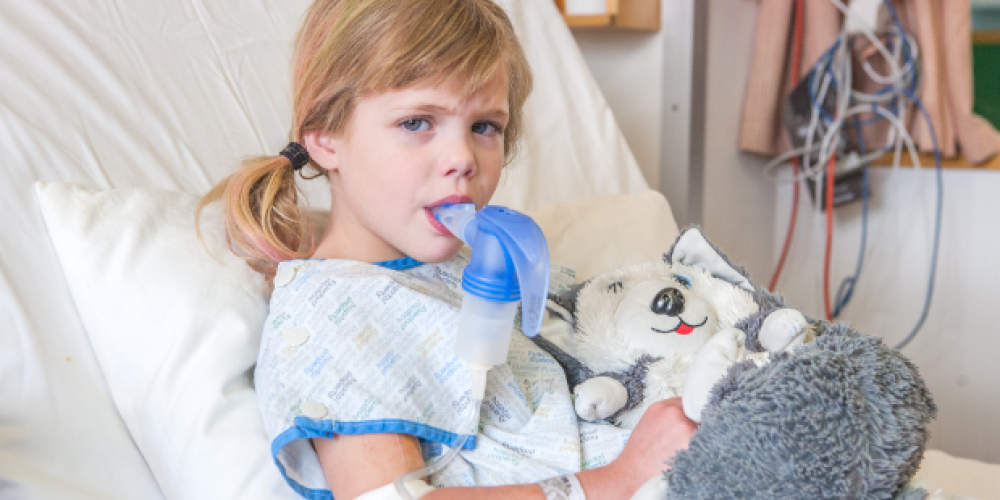