James, adult from the Waikato

James was born in 1993 in the United Kingdom. At the time newborn screening for genetic conditions (also known as the heel prick test) wasn’t consistently offered throughout the country, and as a result James went undiagnosed with cystic fibrosis (CF) for 18 months.

My early years at school were pretty simple. I did my best to keep up with the other kids and stay healthy.

I learned to play a wind instrument early on. Practicing acted as a type of physiotherapy, helping to clear and strengthen my lungs. I practiced in the evenings which was more exciting than traditional physiotherapy.

At the age of 10 and I became really ill and contracted pneumonia. I spent the next six weeks on IV antibiotics and it was recommended that I get a Portacath to make long-term, frequent IV treatments easier.

Although I’ve always struggled with PICC lines, and IVs were extremely painful, I wasn’t keen on getting a Portacath implanted, and being a rough and tumble farm kid, I was thankful that we didn't go down that route. I was fortunate enough that my mum and dad were capable of administering antibiotics, so my antibiotics could be done at home. Making them far less of a negative experience, plus I always got a new set of Lego to enjoy over the two weeks to take my mind of the painful antibiotics!

When I was 13 Mum and Dad made the decision to send me to boarding school. This was my chance to take my health into my own hands. My parents were understandably nervous, but it was a turning point for me. Suddenly, instead of rebelling again my meds and physio, I went at it all guns blazing.

My height and weight somewhat restricted me in being chosen for any school sports teams. Luckily, these same disadvantages swiftly became advantages when I turned my focus to coxing the school’s rowing team, we enjoyed great success and gave me motivation to be healthy for my teammates.

After leaving school at 18 in the UK, and a gap year in NZ living with my grandparents, I returned to the family farm in the UK. This was when I met my gorgeous wife to be Emma. It wasn't long before the call of NZ beckoned, and we sold the farm and moved to the land of the long white cloud.

I am lucky to be able to self-administer antibiotics at home, therefore keeping disruption to my work and farm life to a minimum.

Emma and I worked hard, shepherding in the hills of Taumarunui and engineering, switching roles whenever needed, to keep our jobs and business alive. We had a fantastic boss who was very understanding about my CF and never made me feel bad about having a late start due to physio or illness.

I remember coming in for lunch one day and lying on the kitchen floor wondering how on earth I could be so tired. After monitoring my blood sugars at my next CF clinic, it was concluded I had CF related diabetes. What a relief! The Insulin gave me a new lease of life and I was back to burning the candle at both ends.

We worked our hands to the bone and in the end, something had to give.

My lungs started to deteriorate, and I started to cough up more and more blood as a result of the inflammation caused by infection, especially when I lay down to sleep at night.

In the early hours of the 23rd of May 2018, I suffered a massive pulmonary haemorrhage, leading to pulmonary arrest and my heart stopping.

Fortunately, my wife, a qualified first aider, woke and jumped straight into action, after doing CPR for 10 minutes, and eventually getting my heart started before the ambulance arrived, I was rushed to Taumarunui Hospital.

There I was intubated and flown via helicopter to the Waikato Hospital ICU and woke up 36 hours later. Having supposedly had "the best sleep of my life"!

I owe my life to my wife, and the fantastic medical staff at both Taumarunui and Waikato Hospitals. And I am eternally grateful to them all. Unfortunately, after this, with broken ribs, physio was harder than ever, and my lung function was at an all-time low of 34%.

Realising the fragility of life, Emma and I looked into starting a family not long after this incident.

Emma was gene tested – and we received the news that she was a CF carrier, with none other than the Delta F508 gene. This is the specific gene mutation I have two copies of. This meant that there was a 50% chance we’d have a child with CF, and a 50% chance the child would be a carrier.

Most men with CF are unable to father a child biologically without assistance of fertility specialists (due to the absence of the vas deferens), and with the risk of passing on CF, we opted for IVF.

Emma was an absolute star, through the whole thing, needles, pessaries, mood swings and all. I couldn't fault her; she is an inspiration to all women going through this.

IVF technology was used to create embryos, and cells from the mature embryos were tested for the CF gene using PGD (pre-implantation genetic diagnosis). We were thrilled that four of the embryos came back CF free. We had four chances of an embryo sticking.

These two girls - Emma and Jess - have given me a whole new purpose in life. I look after myself, so I can look after them. They are my world.

After the  incident in 2018, I pledged to do more physio, more exercise and generally take more care of myself. I changed my physio device to an incentive spirometer and do two hours’ worth of chest physio each day. I also nebulise Pulmozyme once a day.

On top of this I walk around the farm three times a week which equates to around 15-20km per week and try and take the steep hills when I can. I have massive regrets halfway up, but it very satisfying reaching the top!

I have also changed my diet to keep my weight up. This includes big slabs of butter in my hot chocolates and four Ensures a day, along with other calorie rich additives. This makes my daily calorie intake about 4500, and this obviously goes hand in hand with a bucket load of Creon.

Two years on – and through the hard work I’ve put in - my lung function is back up to 57%, which I am incredibly proud of.

Being a dad is INCREDIBLE! The best experience of my life, my gorgeous wife and daughter give me added incentive to work hard and keep my lungs pumping.

Sadly, there are no precision medications currently funded for my gene type in New Zealand. Access to Orkambi or Trikafta, would absolutely change my life. It could mean I may live to see my daughter turn five, 10 or even 20 and beyond.

I want nothing more than to grow old with my wife, and my beautiful daughter Jessie. 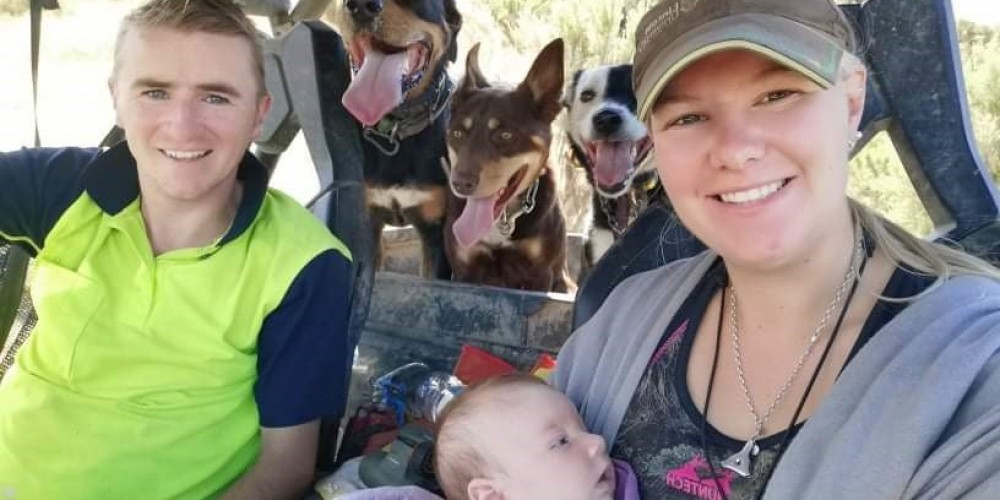 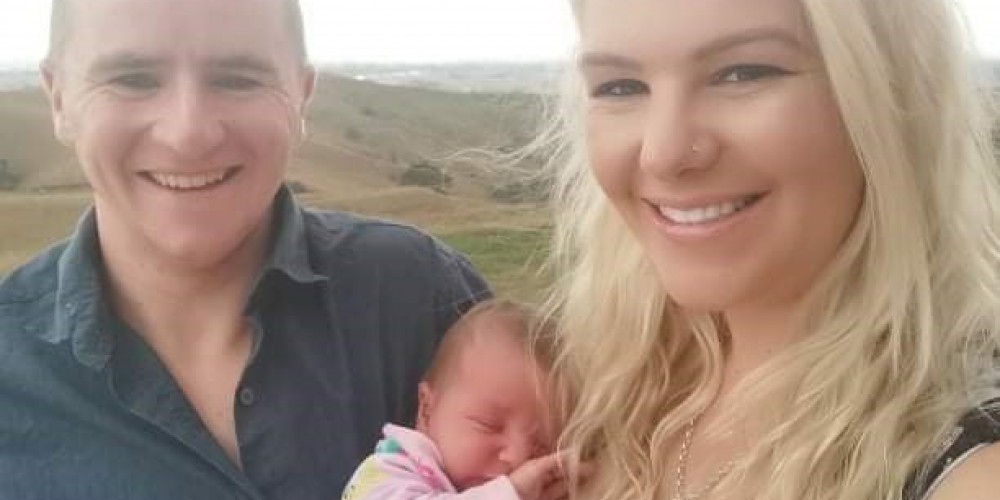