Pip Stocking has a 17 year old son with cystic fibrosis (CF). They have had their share of ups and downs but things have been looking up for Hayden since there’s been an improvement in his health. Now Pip is on a mission to help raise awareness of CF among Maori.

“I never thought for an instant there could be any health problems with Hayden when I was pregnant – his dad and I had other children previously and they were both perfectly healthy.

When Hayden was born the first sign of cystic fibrosis was the fact he seemed to be coughing up a lot of mucus – we thought this was a bit strange for a newborn. Then two weeks later my midwife rang wanting to meet for a talk. I didn’t think twice about the meeting but then she told me the shocking news that Hayden’s heel prick newborn screening test had showed there was an 80 percent chance that Hayden was a carrier for CF and a 20 percent chance that he had CF. I had heard of cystic fibrosis as part of my studies to become an early childhood teacher but didn’t know very much about it and my midwife explained to me what it was. We tried to stay positive in the lead up to a sweat test that is needed to diagnose CF.

But my baby was getting sicker and sicker ever day and at 4 weeks he was admitted to hospital because Hayden had pneumonia and was struggling to breathe. Part of Hayden’s lung collapsed and he was excreting so much salt it was crystallising on his forehead. We were in hospital for two weeks and before we even got the results from his sweat test to confirm CF, doctors and nurses were teaching us how to do all the CF treatments like physio to clear his lungs and how to give him enzyme tablets that are needed to aid digestion.

It was a really hard time for all of us. Looking back I don’t know how I coped because I personally suffer from depression and anxiety anyway.

Hayden seemed to be quite badly affected by CF. He’s now 17 but for 13 years we were in and out of hospital, sometimes for three or four weeks at a time. When he was four he was fighting for his life in intensive care because his airways were so blocked. He was also diagnosed with the serious lung infection nontuberculosis mycobacterium which took two years to eradicate. With cystic fibrosis you have to live in the moment. One moment you’re good and the next they can have an infection like Pseudomonas and boom! – that changes everything.

Having the CF team at Starship has been a godsend. It’s important to follow your own gut instincts when you’re a mother and try to make the right decisions for your child.

Hayden’s health is a lot better these days and he’s also much better at doing his treatment. One of the issues with teenagers is that they can stop regularly using their nebulisers or doing exercise, which is important for keeping their lungs clear. Luckily Hayden has played football since he was four and he’s actually quite a good player.

I feel Hayden still struggles with talking about CF. He’s fine if he needs to talk to the media but not so much on a personal level. For me the biggest thing was guilt – trying to please everybody, making sure the bills are paid and everything else that life throws at you. That put a strain on my relationship with Hayden and his dad and also my older son. There are definitely some things now that I would have done differently. But you can only do your best with the tools that you have at the time and the emotions that come with this disorder.

Now I am keen to raise awareness about cystic fibrosis in the Maori population. I was told that cystic fibrosis was predominately a European condition. I am Pakeha but Jason is part-Maori and part-Fijian so I thought that Hayden wouldn’t have CF. Lately I’ve been hearing about more people of Maori descent being diagnosed so I do want to highlight that it can definitely happen in people of different ethnicities.

We need good links to the Maori community possibly through a Maori medical representative who can relate to the community and spread information about cystic fibrosis. Getting Maori health agencies involved in raising awareness would be beneficial as well.

I think it’s good to be open about cystic fibrosis – be open with your child and also your CF team. Right from when Hayden could understand I told him that he had a health condition for which there was no cure. I’m not sure if that was the right thing or not. But I’ve always thought that honesty was the best policy.

Hayden’s dad Jason and I parted amicably four years ago and Hayden lives with his dad which was hard for me at first, but I now have a stronger relationship with Hayden that is not just medically focused. It’s great that Hayden is so passionate about football because that’s led to him becoming interested in a career in the sport and recreation sector.

One thing I will say to parents and family support is to share the burden. It’s not something you can do alone. And enjoy the parts of your child’s life that aren’t medical because the medical side can consume you.” 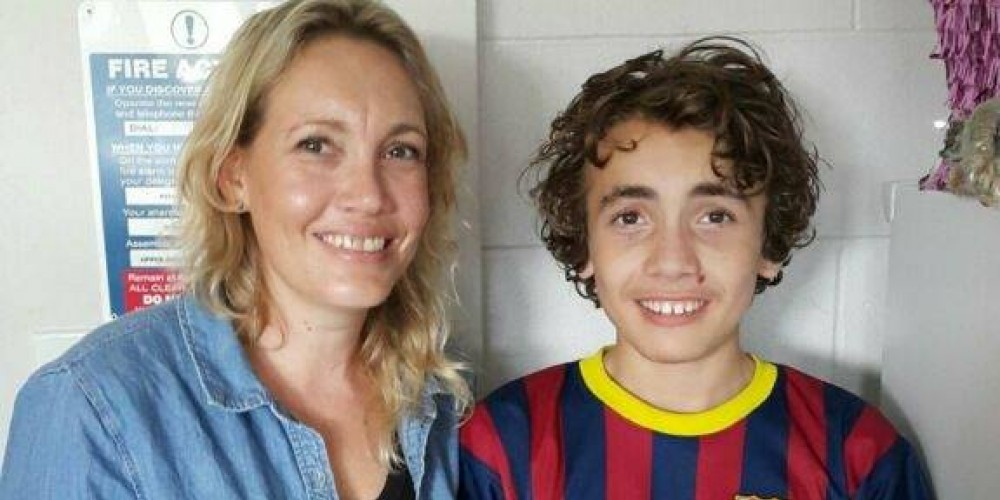 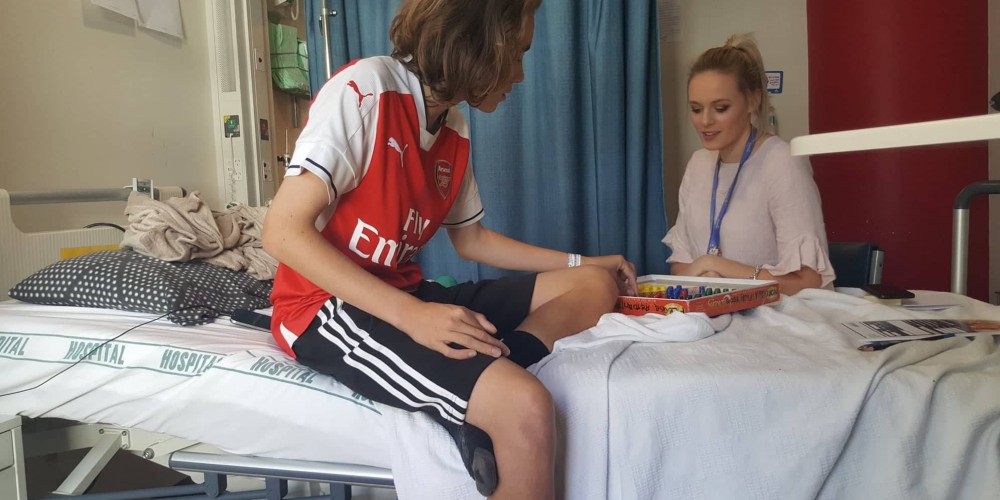